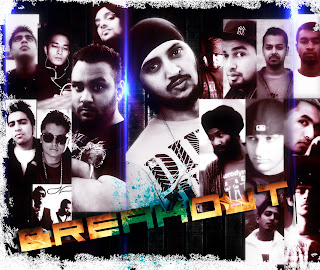 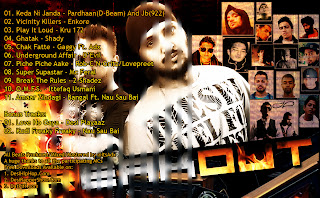 According to Adx, BreakOut, is not just a mixtape its a state of mind.

“There are too many talented people out there who hardly get a chance to come out of their shell and grow, this is them breaking out and growing.

I have heard big producers ignoring/rejecting/wasting talented artists, making them wait endlessly, but once i witnessed the same myself i decided not to be a loser and took matter into my own hands and that is when i Broke Out.

The sole concept of putting out this mixtape is to get the featured artists the audience they would never reach otherwise.

This is the beginning of a movement, a Battallion of Desi Hip-Hop is born in India, by Indians. I hope to make a better world for Desi Hip-Hop and its Artists, towards a better future.
One Love!”

and 2nd song “Kudi Freaky Freaky” is a cover track by Nau Sau Bai of Panjabi MC’s remix “Freaky Like That” from The Raj album, originally sung by Yung Texxus.

Nau Sau Bai also have a new video lined up for release for their 1st Single after their split from their previous production house, the track is titled “Akh Vich Radke”.