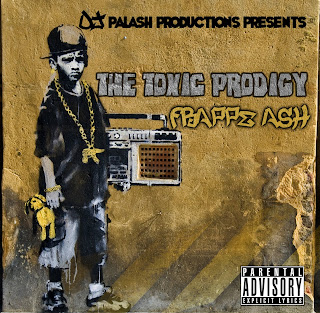 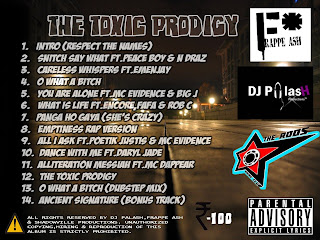 After being continously delayed for about 6 months, the much awaited mixtape “Toxic Prodigy” is finally here. This is the first mixtape by rapper “Frappe Ash”. Frappe Ash is one of the youngest regional rappers from India.It features several underground artists including Peace boy, MC Evidence, Big J, Rob C, Femcee Fafa and Poetik Justis amongst others.The previously released singles “Snitch say what”, and “O what a bitch” have been getting positive reponse all over. The mixtape is available as an Audio CD at your doorsteps,  for Rs. 100 + postal charges.
Contact Number for Ordering CD’s (India) : 08126257241
Frappe Ash’s official Facebook page : facebook.com/frappeashfans
Frappe Ash on Reverbnation :  reverbnation.com/frappeash
VN:F [1.9.22_1171]
please wait...
Rating: 0.0/5 (0 votes cast)