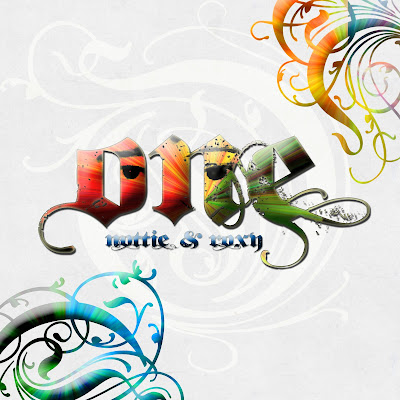 O.N.E. -Underground Collaboration album by Nottie from Kru172, and Roxy,The Teen Rap Sensation from Libya, is finally released.
This album contains 12 tracks in total,produced by DJ Parv,DJ Jas and Nottie himself.
Album’s first single,”Just Me” which featured DJ Danny and Deepa Sai,was released a few days ago,which got a great response,crossing 200 downloads in 48 hours from its release.

Production comes from Tha Parv (Desi beam) on 3 tracks Vichhora(Tera Mera Saath), “Just Me” and “Wish If” , By DJ Jas on “Kawaan Reloaded” and “Gal Sun ja (Rap Mix) (co-produced with Nottie)”
Rest 7 Tracks are Produced by Nottie Himself.